On December 16, 2021, Typhoon Odette (International name Rai) hit the Philippines, particularly the Visayan Islands and Palawan. The aftermath was devastating; houses, commercial properties, trees, and farmlands were “ripped to shreds,” as per the Philippine Red Cross. Unsurprisingly, lives were also lost.

Surigao City, one of the places most affected, reported a death toll of 375 on December 20.

Strong typhoons are quite common in the Philippines, but no Filipino can prepare for such a disaster. Likewise, any other country can’t predict how much damage a hurricane can make. The only thing people and businesses can do is gather supplies or evacuate if needed.

In events like this, construction companies carry a vital role. Homeowners and business owners will demand their services so that they rebuild and restart. However, the roles of the companies shouldn’t start after the disaster. It must start beforehand and carry on during and afterward.

Empowering Communities to Upgrade Their Infrastructure 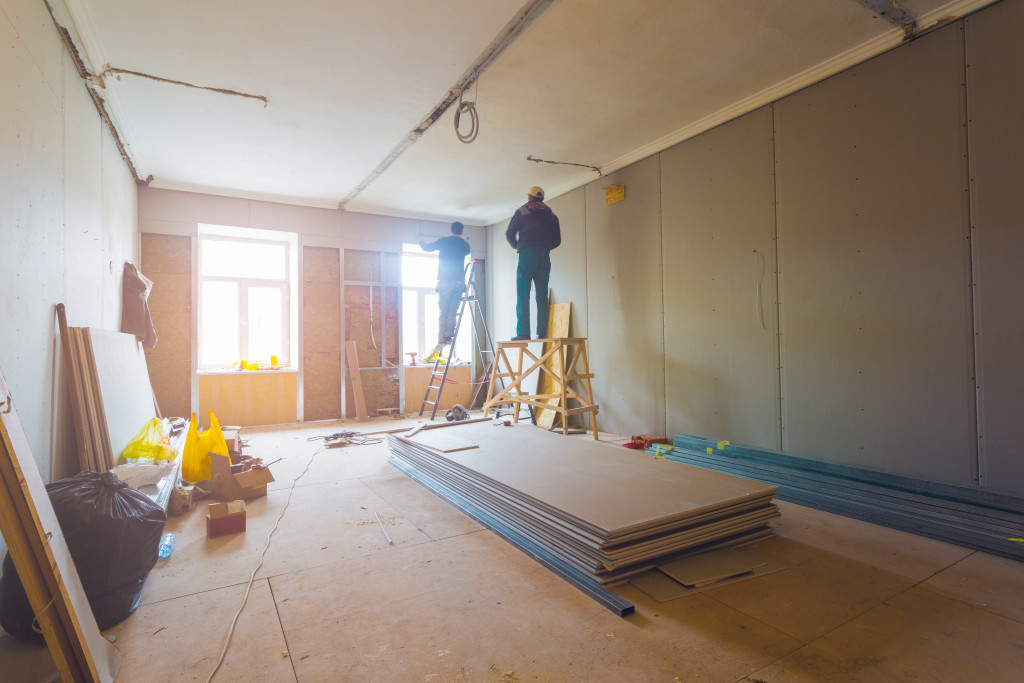 Japanese buildings are known for withstanding strong earthquakes. Their foundations are built with “shock absorbers,” which are sometimes just blocks of rubber about 30-50 cm thick. These blocks resist the motions of an earthquake, allowing the upper floors to feel a weaker shake during a tremor.

On the other hand, American buildings aren’t usually built to withstand earthquakes, despite the country’s advanced construction industry. Instead, they are designed to fail and collapse in a way that would minimize casualties.

As grim as that sounds, it’s the reality of the standard in American buildings. But thankfully, the country is starting to see more innovative and earthquake-resistant building designs. One of them is Apple’s Foster + Partners-designed headquarters. Instead of being fixed to a traditional foundation, the building stands on a ring that floats on base isolators.

Apple’s building results from construction companies empowering communities to upgrade their infrastructure. The effects of earthquakes in movies like 2012 and San Andreas may be an exaggeration, but America doesn’t need something like to happen before designing stronger buildings.

]Construction firms and associations should have a more proactive role in preventing the worst effects of natural disasters. Aside from introducing earthquake-resistant designs, they can also recommend solutions to homeowners living in hurricane-prone areas.

For example, roof replacement contractors can recommend metal roofing or slate to residents at risk of experiencing property damage after a hurricane. They can demonstrate the durability of their roofing through the help of organizations like the Structural Building Components Research Institute (SBCRI). It can help encourage homeowners to invest in better roofing or replace their damaged roofs. In turn, if a hurricane strikes, their homes would be less likely to suffer costly damages.

Many people in hurricane-struck areas only evacuate when the storm is already happening. Because of this, construction companies, along with disaster relief organizations, should stay alert in the middle of a storm. Many construction firms are licensed to help in disaster relief anyway, so they shouldn’t encounter problems while helping residents evacuate.

But sometimes, the level of damage makes construction firms alone inadequate. In this scenario, they can register with the System for Award Management (SAM). After following the necessary steps and fulfilling requirements, they’ll be all set to help when the need arises.

After a hurricane, local and national governments are pressured to rebuild immediately. But as much as this is necessary, reconstruction cannot be rushed. The construction firm that would take on the job must possess delegated powers from the government and be staffed with capable technical specialists.

Such a construction firm can be created by setting up proper institutions for disaster relief. This is what Indonesia has done after the Aceh earthquake and tsunami. Other countries executed the same strategy, such as Pakistan, Australia, and Chile. The proper institutions can help work through the complex reconstruction policies (who gets what), sort out land rights and titles, and provide smart technology.

Partnering With Communities and Local Organizations

Construction companies can also help on a smaller scale. This will allow them to focus on one particular area, helping its residents rebuild fast. In turn, the construction firms can restart the economy of the place, allowing its communities to obtain everything they need and recover what they’ve lost at the soonest possible. And with that, the recovered communities can also help out in other places.

Disasters create both losses and opportunities for the construction industry. But of course, companies should focus on the opportunities because rebuilding seasons allow them to discover new ways to strengthen infrastructure. It also allows them to give back to their community and empower them. And, though companies shouldn’t mention it, they also receive marketing benefits from helping.